Academy LA:
A location with over 20 years of dance music history, 6021 Hollywood Blvd, the former Create Nightclub, Vanguard, and Qtopia, transformed, re-branded, and upgraded for the modern and immersive dance floor experience,
The mission is simple – to provide a welcoming environment for fans to enjoy the music they love, while maintaining the highest level of production, sound, and programming standards. With over 600 successful partnered events between Insomniac and Exchange LA, an alliance of curators, marketers, operators, and production staff with decades of combined experience, developed this new Los Angeles platform for artists to connect with their fans.
​​​​​​​
Exchange LA:
Since 2010, Exchange LA has been rejuvenating and redefining the nightlife scene in Downtown Los Angeles. The 1929 Los Angeles historic landmark, once the home of the infamous ‘Stock Exchange,’ now home to Exchange LA, has become the go-to West Coast tour stop for many international artists. Since partnering with electronic music mega festival promoters Insomniac in 2011, Exchange LA has been the home of a multi-faceted diary of artists that touches on every genre in the world of dance music. The venue has been included in the DJ Mag Top 100 clubs in the world poll every year since 2013, ranking 60, 59, 40, 33, and most recently #27 for 2017. Exchange LA as a company has also partnered with Insomniac in other spaces, such as the Los Angeles Convention Center and the Factory 93 Warehouse. 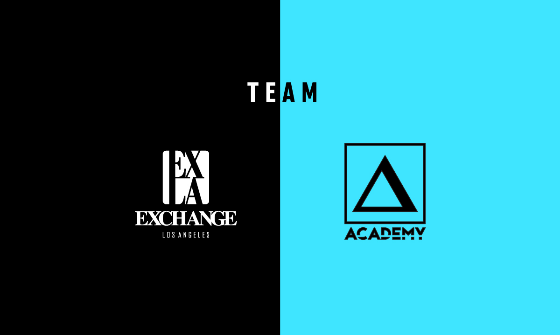